What is entertainment producing?

You have an event scheduled. You’ve got a venue, perhaps you have entertainment booked, maybe you’ve got sound, lights, and staging on hand.

You’ll still need someone to organize this whole can of worms. To create a realistic timeline and communicate with all the moving parts. To wrangle talent, crew, transportation, and so on.

You need someone to run the show. You need a producer.

I’ve helped produce some of the region’s biggest events, from the grand opening of FedExForum to a Grammy-winner’s first concert at Graceland.

Give me a call or send an email.

The White House was on the phone. For real.

President George W. Bush was bringing the Prime Minister of Japan — a big Elvis fan — to Memphis. They would tour Graceland and the National Civil Rights Museum, then have lunch at the Rendezvous, the city’s most famous barbecue joint. And they wanted a band at the luncheon.

After several tense days of family issues (the drummer’s wife changed the delivery date of their first child to accommodate this gig — no joke), Secret Service clearances, and controversy about equipment, the White House approved the band. And during the luncheon for roughly 60 VIPs, The Dempseys literally made history.

Prime Minister Koizumi decided to sit-in with the guys on “Love Me Tender,” to the delight of the President and the First Lady. His rendition made international news, and The Dempseys were, as they say, “big in Japan.”

After photos and handshakes, the world leaders left for Washington. A Presidential aide pulled me aside and said, “Thank you for an amazing event. I’ve never seen the President more relaxed.”

Meanwhile, I had sweated through my suit. 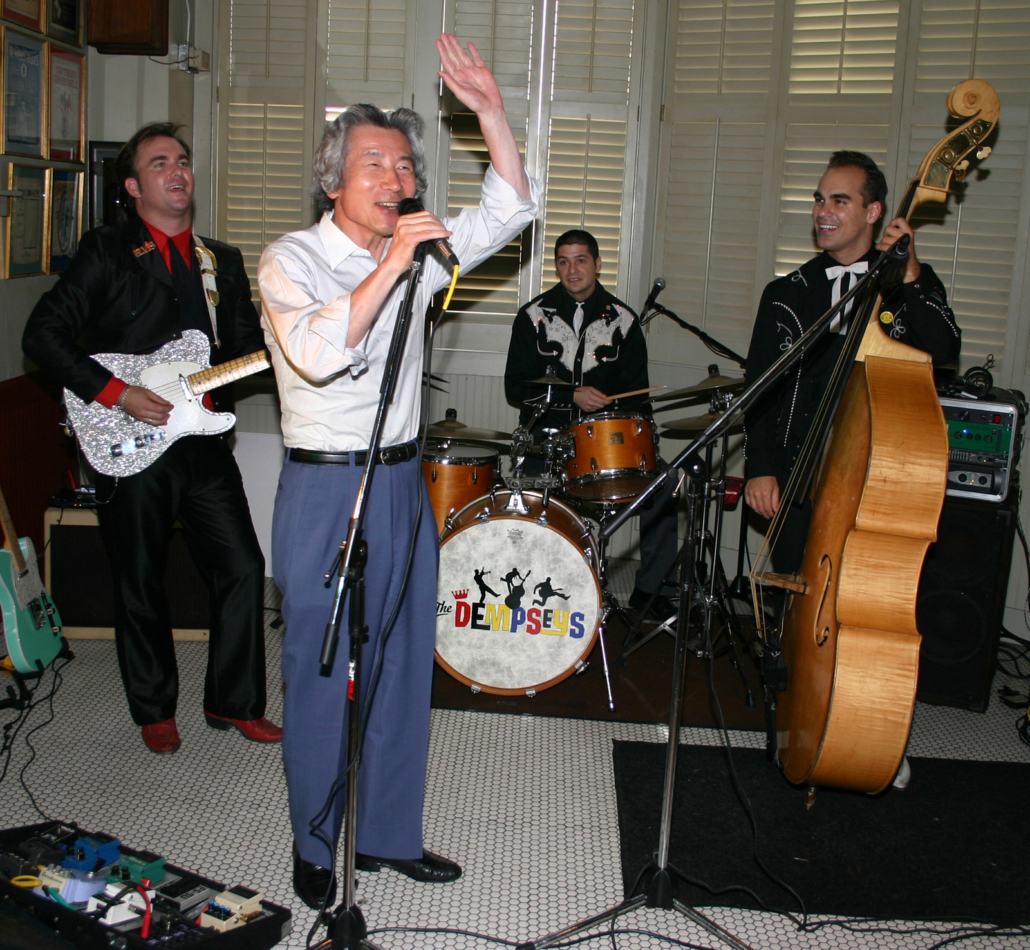 It starts with a call or a meeting so I can understand your event and how I can help.

You can call me six months before, a week before, even the day before. If I can help you, I will.

We’ll discuss your needs, from sound & lights to artist hospitality to load-out, and I’ll let you know exactly how I can assist and how much time it will take.

When you hire me to produce an event, you’ll get effective pre-event communication among all parties involved. You’ll get my presence on site, no matter how long it takes.

You’ll get access to the best providers in the region, from tech crew to stage managers to transportation services.

You’ll get an event so well-produced that no one will notice there was a Producer.

“Thank you for your hard work to help make the event such a success.

Laura and I send our best wishes.”