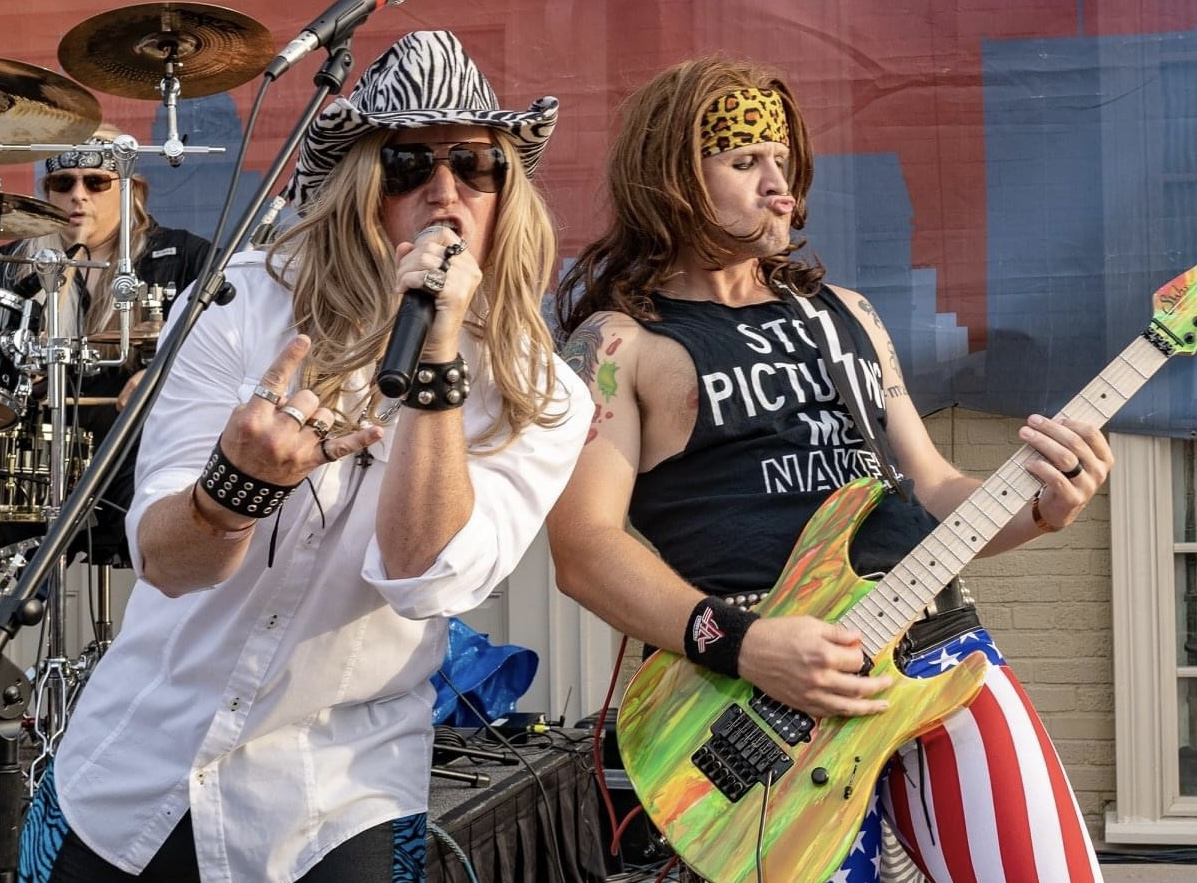 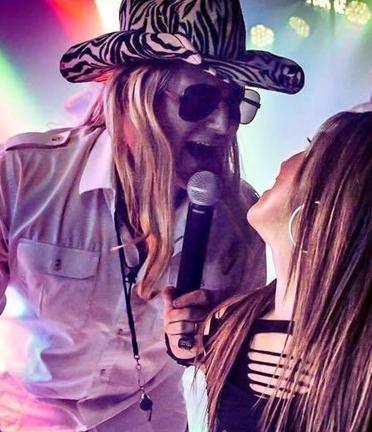 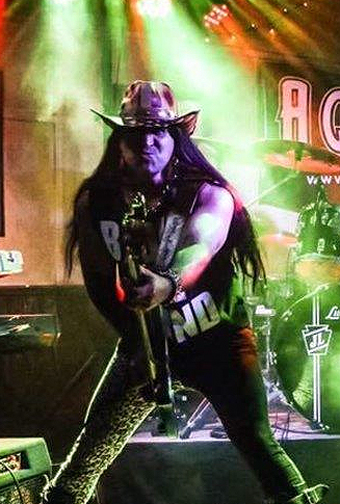 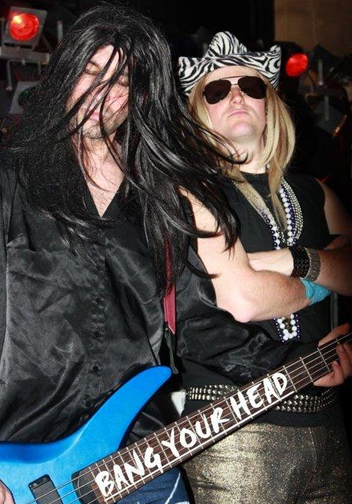 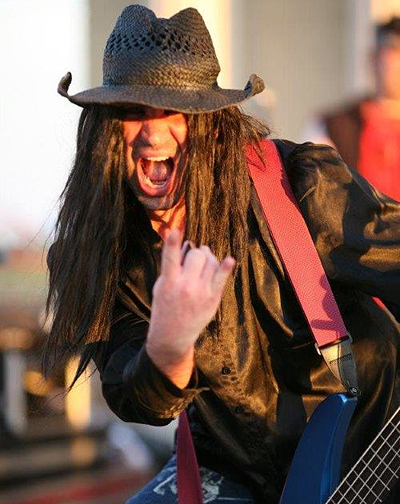 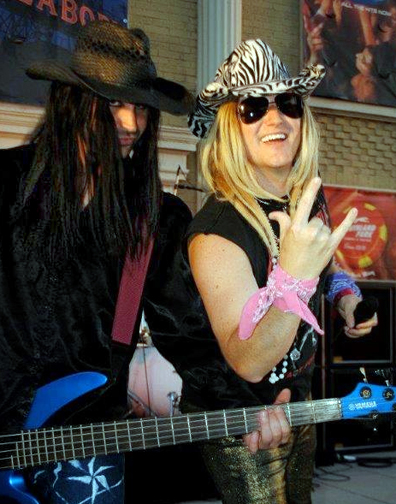 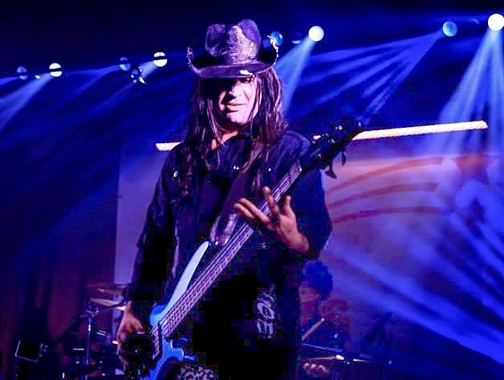 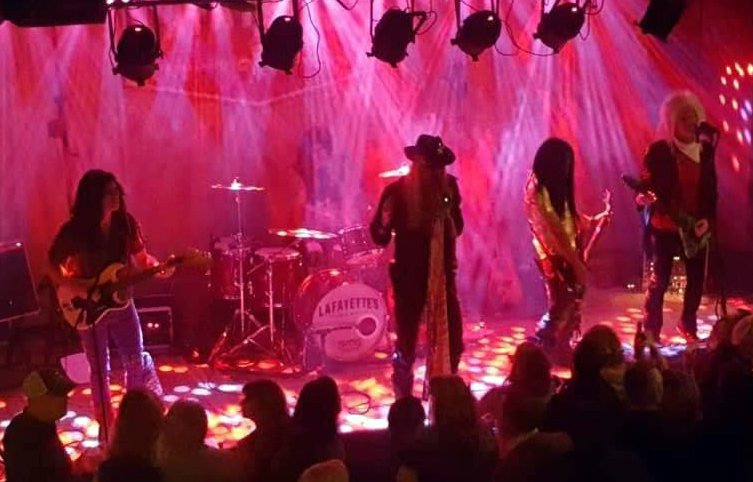 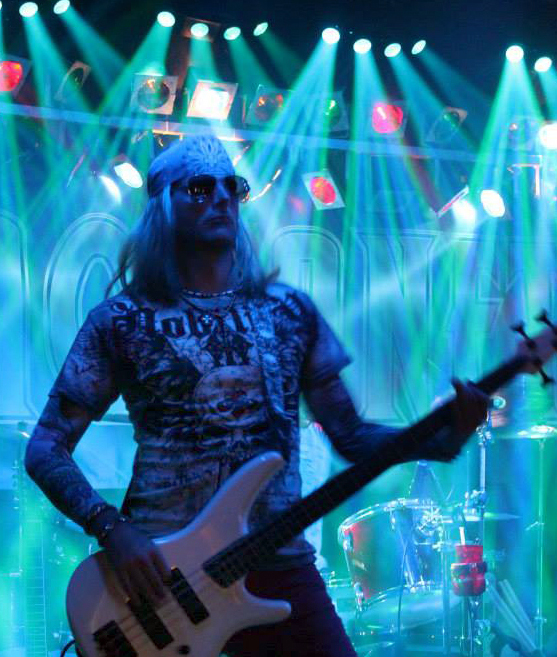 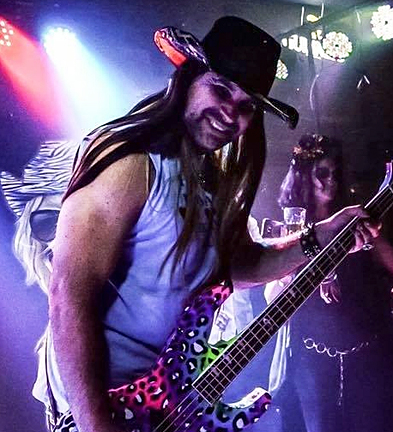 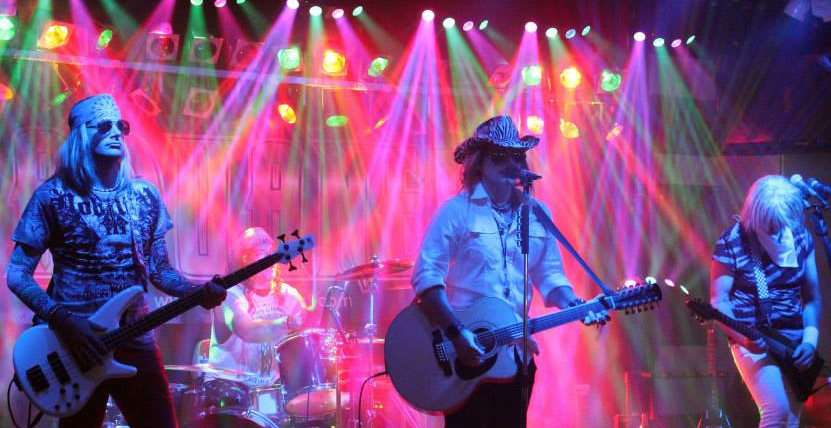 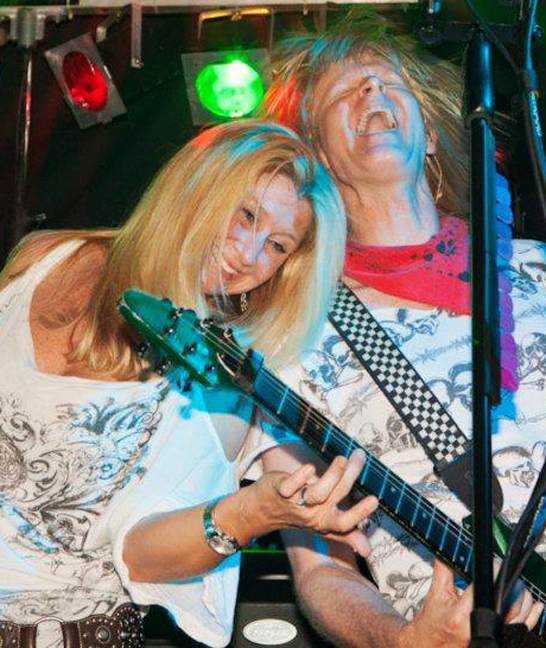 Back in Black
You Shook Me
Rebel Yell
White Wedding
Bad Medicine
Livin' on a Prayer
Wanted Dead or Alive
You Give Love a Bad Name
Gypsy Road
Photograph
Pour Some Sugar on Me
Paradise City
Sweet Child 'o Mine
Welcome to the Jungle
Girl Don't Go Away Mad
Girls, Girls, Girls
Home Sweet Home
Same Ol' Situation
Shout at the Devil
Crazy Train
Every Rose Has Its Thorn
I Want Action
Nothin' But a Good Time
Talk Dirty to Me
Round and Round
Rock You Like a Hurricane
I Remember You
I Wanna Rock
We're Not Gonna Take It
Hot for Teacher
Ice Cream Man
Jump
You Really Got Me
Here I Go Again
Still of the Night
Wildside
Cherry Pie

Imagine 1980's Hollywood and the famed Sunset Strip, when bands like Motley Crue, Poison, and Guns 'n Roses ruled the world. It was the apex of glam-rock — big hair, crazy clothes, and partying all night long.

Memphis band Aquanet re-creates this wild scene night after night. With a blizzard of lights, special effects, costumes, and a big sound system, they'll bring a full-on ’80s rock concert to your event.

Since 2001, Aquanet has cultivated one of the best glam-rock acts in the country. They've opened for national acts, headlined festivals, played numerous weddings, galas, private parties, and nightclubs, and they're still going strong.

It’s wild, flashy, and full of the head-banging craziness that marked the ’80s. It’s the sound, the clothes, and of course, the hair — but most of all, it’s pure fun. Aquanet is truly an experience unlike anything you've seen before — or at least since 1989!

"Aquanet was great! Everyone had a fabulous time. We raised double what we had budgeted for Make-A-Wish, so we're more than pleased how the event turned out!" 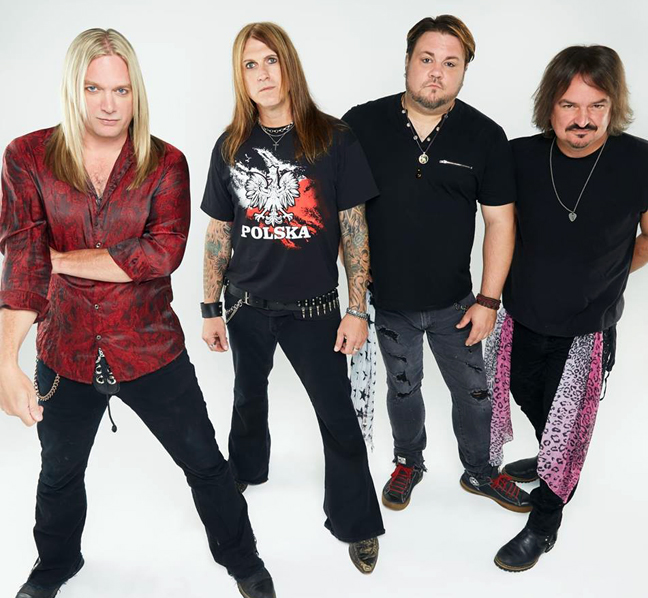 Based in Tupelo, Spunk Monkees plays lots of dance hits and modern rock. Perfect for any event that needs a fun, high-energy party band. 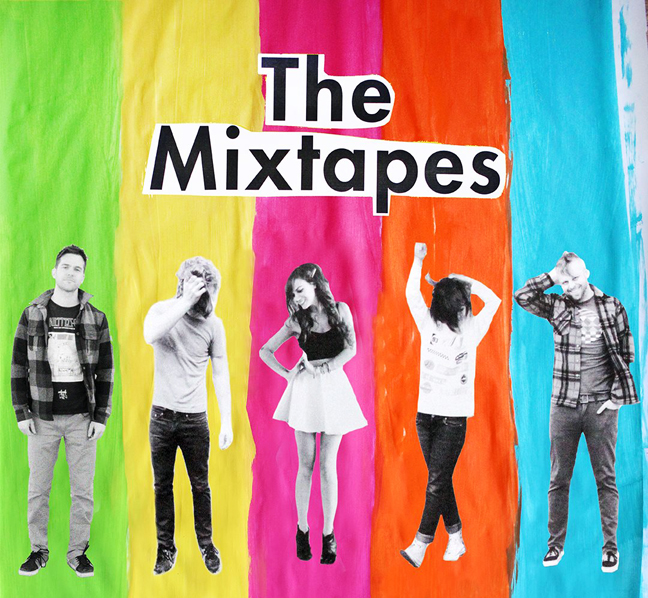 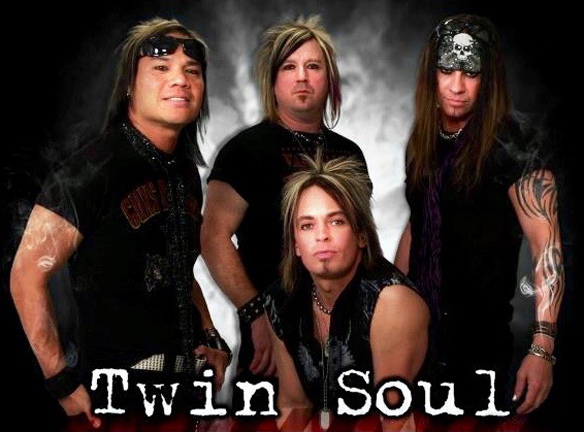 Fun, hard-rocking party band with a huge repertoire and lots of 80's hits